This article describes some best practices for the design of your VR360 environment, so that your final output from Photo Booth Upload will look great in VR or in a print (without any unexpected image distortion or similar errors).

First, please note that different 3D design software options may have different layouts of unwrapped cube maps. Some may stack the Top and Bottom squares above and below the Front square, whereas programs may have all the squares on a single line.

To help avoid confusion in our examples/instructions (since your layout may be different), we have labeled the squares Front, Back, Left, Right, Top, and Bottom in our examples below. Every software has squares that will land in these positions in VR (regardless of how they appear in the designer), so please consider the instructions provided relative to these final positions, regardless of their specific orientation in the images below. The Front square is what you see immediately in front of you when you first open the final image in a 360 viewer.

Here is an unwrapped cube map as it appears in After Effects: 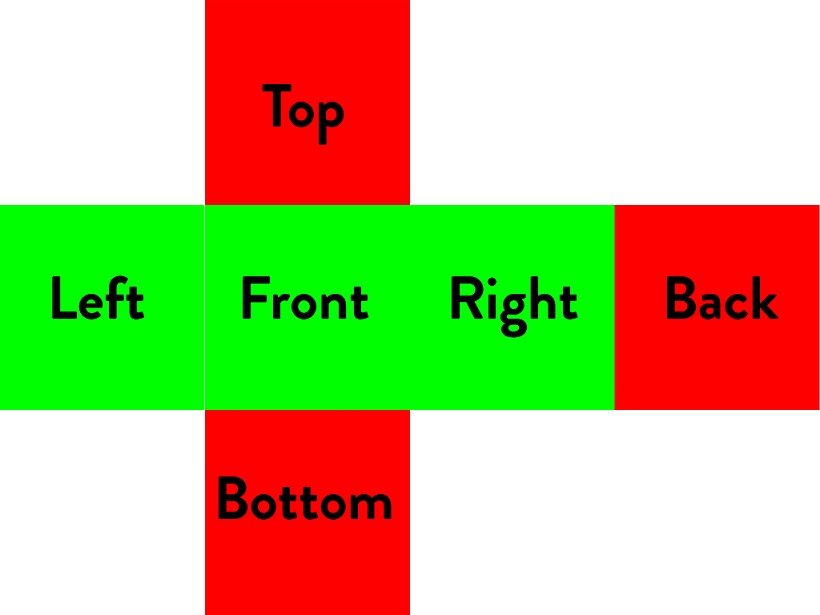 Here's what this design would look like as an unwrapped (2D) equirectangular projection: 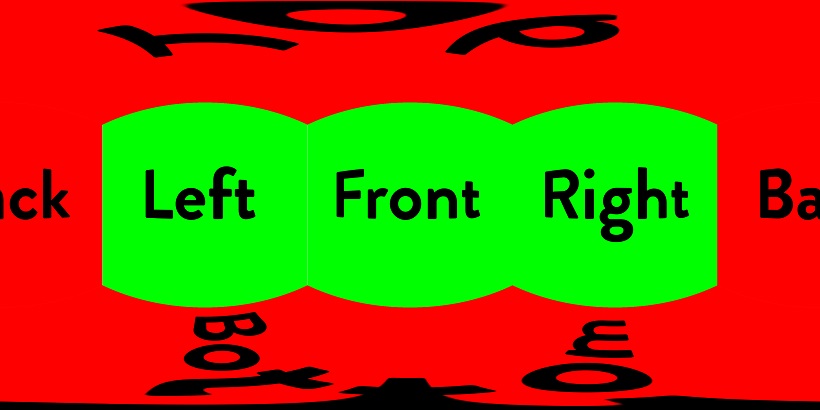 ...for a complete 3D rendering, this image would be duplicated and stacked,

but for the purposes of this article, we're only showing half.

There are several reasons for this restriction. You might be thinking that it shouldn't matter since, in VR, the subject could be placed anywhere. But, it's important to keep in mind that Photo Booth Upload also offers several options to share or print sections of the VR experience. If subjects are placed on the Back square, they will be split in half when the final output is printed as a panorama (just like the word "Back" in the image, above).

If the subject is placed on the Top or Bottom square, they will be highly distorted (as the words "Top" and "Bottom" are in the unwrapped image above). This will likely give you trouble when the viewing software stitches the image back together.

2. WHICH AREAS (WITHIN EACH SQUARE) TO USE

A good rule of thumb: For the best final product in PBU VR360, the intended location of the center of the subject (person being photographed) should be as close to the center of the square as possible. PBU ultimately allows the user to adjust placement and sizing of their photographed subject, but if the environment you're designing suggests that the subject be placed in a particular location, then it's important to keep this in mind when planning the layout.

The closer the subject gets to the edge of a square, the more distorted it will become in the final image. If the subject placement intersects one or more of the borders between squares, the image will be extremely distorted, and appear so in a 360 viewer. You will also not be able to print the full subject without using panorama, as the only other option is to print a single cube face.

With that in mind, please plan for the subject to be placed approximately within the blue areas, indicated below. 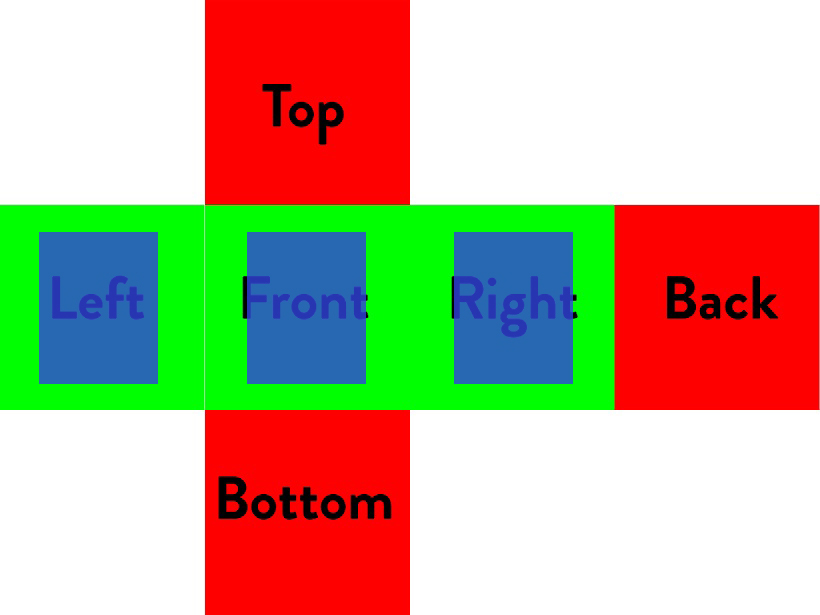 Here's an example of an unwrapped cube map of a completed VR scene: 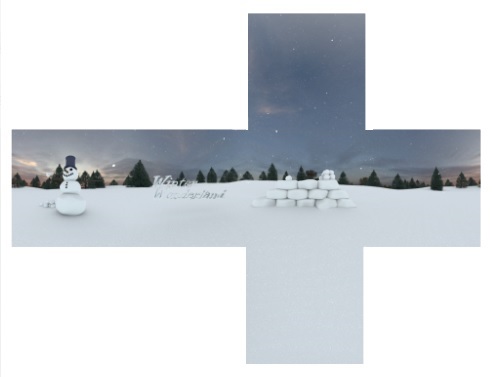 This image was taken from PBU. Notice how in PBU, the Back square (the one with the snowman) is on the left-hand side, rather than the right-hand side, as it appears in After Effects.

Here's the same environment, converted into an equirectangular projection: 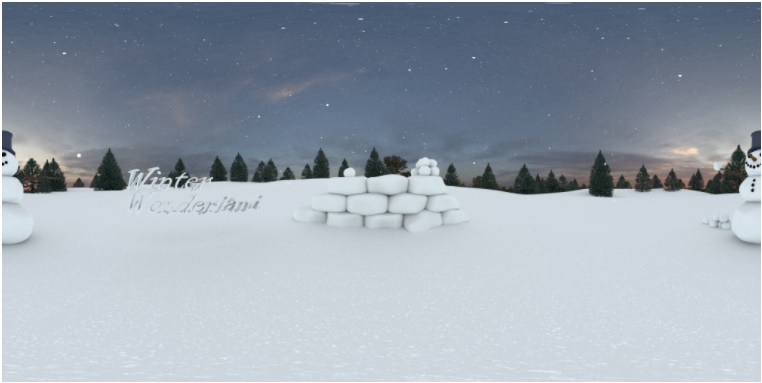 Notice how the Snowman (from the Back square) is split in half, just like the word "Back" in the example above.

In this example, the intention is that the subject be placed behind the snow fort wall in the Front square. However, so long as the subject is centered, they might also be placed in front of the "Winter Wonderland" text in the Left square, or in the Right square.