Create a Lenticular print from a Morph

This tutorial will explain how to configure a Morph to print as a Lenticular image. If you haven't read the Getting Started with Lenticular Printing, please do so before continuing with this tutorial.

Creating a lenticular out of a Morph is very similar to creating one from a GIF. The difference is that you will be assigning each lenticular image to a number representing which face, or amount of transition between faces, you want it to show.

Let’s create a morph between two guest photos. Here are some settings for this morph example:

Now let’s go into the lenticular settings by clicking Configure Lenticular on the right of the screen. In the popup, check the box labeled Save Morphing frames as Lenticular. You should see this screen: 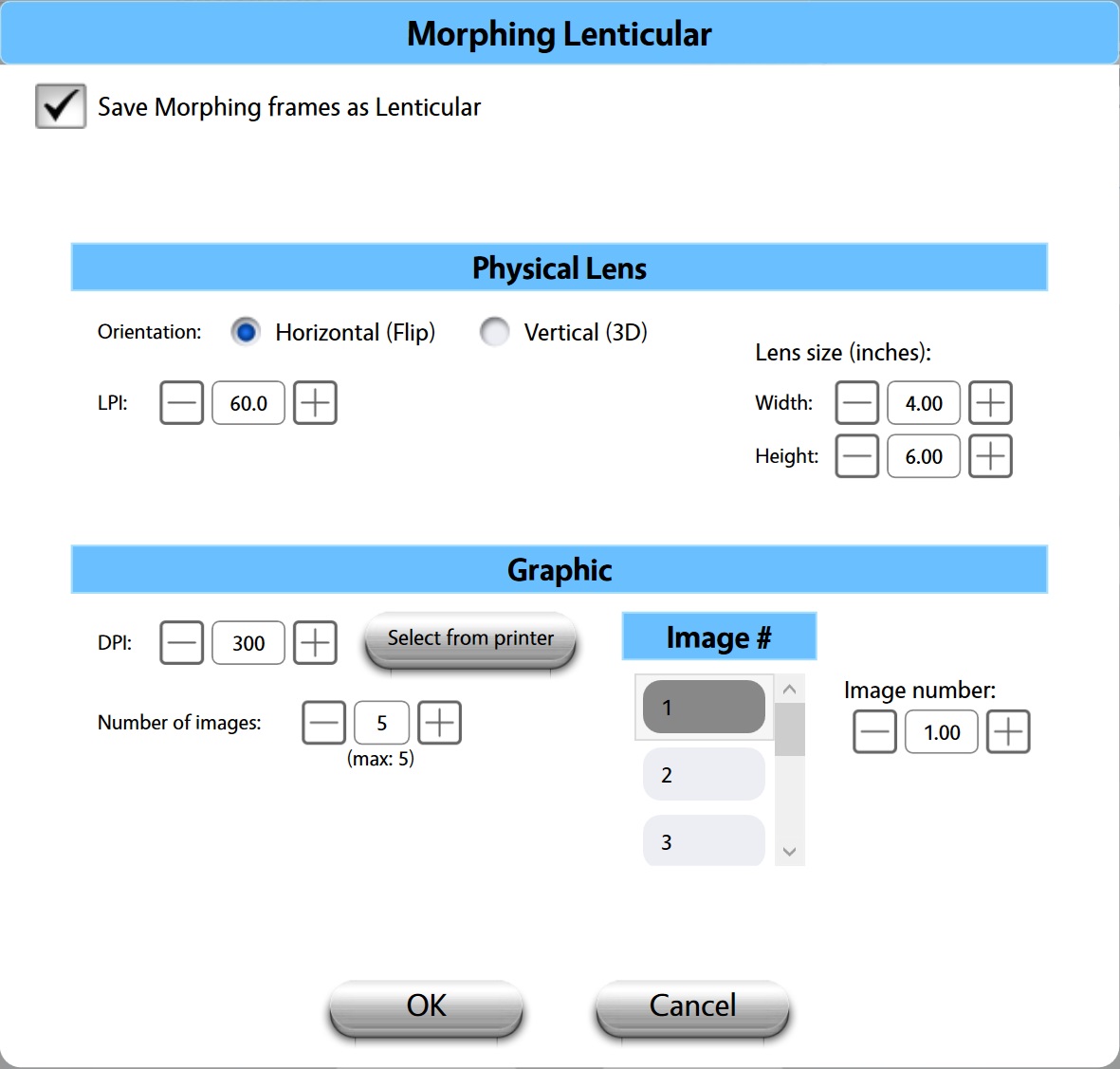 Set the orientation to Horizontal (flip). Next set the LPI to the LPI of the lens you will use. Ours is 60.

Set the lens size to the size of the lens (and print) that you will be using. Ours will be 4 inches wide and 6 inches high.

For this lenticular morph, I want to make sure both the guest’s faces are clear, and just show a quick morph between the two, so we'll set the first two images to image number 1. This is the un-morphed first guest’s face.

Then let’s set the third image to 1.5. This is halfway between the first and second guest: 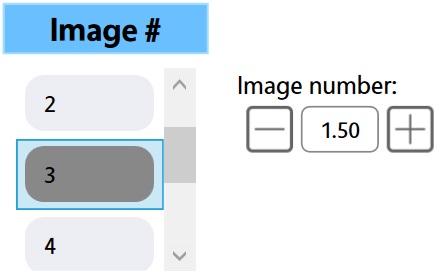 Finally, lets set images 4 and 5 to image number 2. This is the un-morphed second guest image: 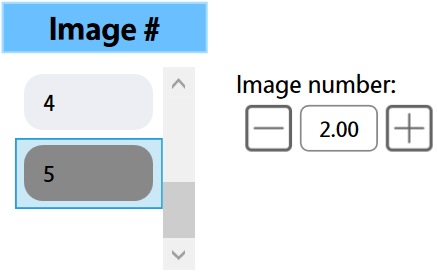 Now our Lenticular is ready!

Press OK twice, then set the the Morphing Mode to Auto Apply and press Select on the thumbnail of your Morph.

Press OK again and start taking pictures! If you've set up an event with printing and sharing, you should be able to print the morph (resulting in a lenticular print), and share the digital morph.